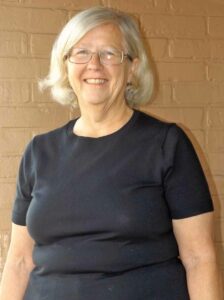 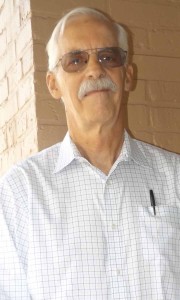 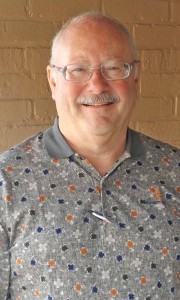 Susan W. Rollinson, Ph.D., and David E. Crandall, D.O., have been named to The Alleghany Foundation Board of Directors.

Their appointments were announced following the annual meeting of The Alleghany Foundation Board of Directors on Friday, July 21.

Also during this meeting, Denise Pillow was re-elected to serve a three-year term, while Jim Eller was named a director emeritus after serving 11 years on the board of directors.

“It is always hard to see a transition with someone rotating off who has given as much as Jim Eller, and it is also important to create opportunities for the board to develop further with new members and a different perspective,” said Dr. Michele Ballou, president of The Alleghany Foundation Board of Directors. “Serving on this board takes a lot of time and energy, and we appreciate Dave’s and Sue’s interest in the community and the foundation’s work. We look forward to working with them.”

Dr. Crandall is a retired physician who practiced from 1990 to 2016 in the Alleghany Highlands. He was board certified in internal medicine.

A native of North Hornell, N.Y., Dr. Crandall received his B.A. in biochemical sciences in March 1965 from Harvard College in Cambridge, Mass. In 1975, he earned a Ph.D. in oceanography from the University of Rhode Island in Kingston, R.I.

Dr. Crandall resides in Clifton Forge with his wife, Henrietta. He says he misses his medical practice — “a job that rewarded me greatly in all the right ways.” Now he has more time to indulge his lifelong loves — his guitar and his bicycle — and more time to spend with his family hiking, climbing, windsurfing, “and whatever else turns up.” He is an avid cyclist and a musician who performs frequently at local venues.  Dr. Crandall and his wife have two adult children.

“The Alleghany Highlands got a wonderful resource when our community hospital was sold and The Alleghany Foundation was founded to manage the proceeds,” Dr. Crandall said. “As a new director, I look forward to joining with the current and former directors whose goal has been to use this resource wisely to improve the future of our region and all of its citizens.”

A native of Oak Park, Ill., Dr. Rollinson moved to Clifton Forge in 1980 and has been an integral part of the Alleghany Highlands’ educational community for many years.

Dr. Rollinson has been active with the Cub Scouts, Girl Scouts and Boys Scouts in Clifton Forge. She is a member of the Alleghany Highlands Chorale.

Dr. Rollinson and her husband, Lon, have three adult children. Her interests include music, photography, hiking and cycling.

“As a resident of the Alleghany Highlands, I have been grateful for what The Alleghany Foundation has been able to do for this area,” Dr. Rollinson said. “It has made a huge impact on the quality of life here. I am honored and excited to be part of this forward-thinking organization.”

Eller, the owner of Alleghany Printing, Inc. in downtown Covington, served on The Alleghany Foundation Board of Directors from July 2006 through July 2017. His recent duties with the foundation board included chairman of the Investment Committee and member of the Executive Committee.

Dr. Ballou commended him for his commitment to The Alleghany Foundation.

“Jim is known for his ability to listen to a lot of different perspectives and his commitment to the work of the organizations that the foundation supports,” she said. “We appreciate his 11 years of service on the board and his roles as chair of several committees over that period — most recently as the chair of the foundation’s investment committee and a member of the executive committee. We are grateful for that level of time and involvement.”

Dr. Rollinson and Dr. Crandall will fill the seat vacated by Eller and a seat that has remained empty since the death of Tom Dean on July 20, 2016.

Reprinted with permission from the Virginian Review.  This Story appeared in the Saturday, August 5, 2017, edition of the newspaper.